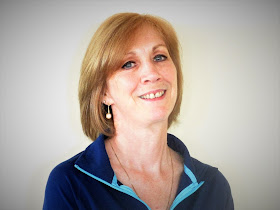 "Great Authors can write in a way that can capture your attention.  They are creative and masterful with their words.  My favorite Authors tend to be those that write about something that they are passionate about or really believe in.  That's when they tend to put their all and then some in the story.  When an Author has an idea or believe in a book they are about to write the story is going to be so believable because the Author believes in it.  The story is going to come alive in their minds and then it is going to come alive into the book.  Debbie Boek is one of those great Authors.  She let us know what motivated her."

"I love ghost stories and stories about haunted houses. I also found it fascinating to read about how animals are so much more attuned to the supernatural than people are. The plan was to write a novel mainly about what happened to this family’s pets, and subsequently to the family, when they moved into a haunted house. But the story took on a life of its own and, although there are situations involving the Draper’s pets, the main theme of the book ended up being much different than I originally intended."

"I think the characteristic about Emma that I most admire is her courage. She’s a woman who has become disenchanted with her life and realizes there should be more to it than she is experiencing. Things get even more complex when a rift develops between her and her husband and then the Devereaux brothers arrive to help her clean up the demons and ghosts terrorizing her family. Emma has to dig deep for the courage to face those entities for the sake of protecting her family, and also to figure out what is most important in her life right now, and what she is willing to do for love. Emma never realizes just how brave she really is, she just does what she has to do."

"I probably explained too much of it in the previous answer but, Emma Draper, her husband and three children move into a new home. It isn’t long before odd things begin happening and she realizes it’s haunted. Emma and her husband run into some trouble and she ends up hiring two brothers to help her get rid of the ghosts and demons in the house. While fighting the supernatural, she and one of the brothers start to fall in love, further complicating an already complicated situation. If they can survive the supernatural entities, then they will have to decide what direction the future will lie in."

"The sequel, Devil’s Retribution, was released in 2018. The Devereaux brothers return and this story takes place in the middle of a horrific blizzard. Not only does it involve human drama between the main characters, but bootleggers who want to see the brothers dead and Bigfoot, who has his own vendetta against the two of them. It is a fast-paced, suspenseful story and I had a lot of fun writing it."

"I am currently working on the third installment and hope to have that published within the next couple of months. The main characters will return and this time they are dealing with a Black Ghost Dog and a witch, and one of them may not survive the encounter."

Debbie's love of ghost stories and stories about haunted houses motivated her to write "Devil's Bait".  She is also fascinated by how pets are more attuned to the supernatural than people are.  There are many things that I enjoyed hearing about Debbie and her book but two things in particular.   The fact that she started out with a plan on how the Novel was going to be but the story took on a life of it's own.  Also, the fact that the main theme of the book ended up being much different than she originally intended.  Her flexibility and willingness to change her original ideas allows her creativity to give her imagination no boundaries.  That's the recipe for a great book.  Click on the link above and buy "Devil's Bait".