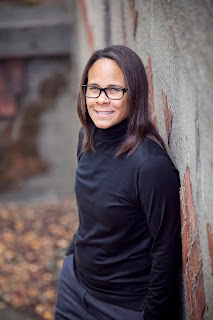 Great Authors have something unique about them that separates them from the rest.  They bring us a new kind of story.  They write with a new kind of Purpose.  J.L. Brown is one of those great Authors.  She does more than create great books but she is one of those people that choose to speak up for those that sometimes are not in a position yet to speak up for themselves.  Kids are being bullied in school and it seems to be happening frequently.  She is using her talents as a successful Author to put a spotlight on these issues.  She let us know what motivates her.

"Rule of Law is the sequel to Don’t Speak. In 2010 my wife told me that since I love to read and am always critiquing what I’ve read I should write a book. I responded, in my best Michael Jackson voice, “I’m a reader not a writer”! That night, however, I dreamed about a plot for a novel, including the ending. I woke up the next morning and Googled “how to write a novel” and started the outline for Don’t Speak."

Jason:                  "Describe Special Agent Jade Harrington and which characteristic of hers can you relate to most?"

"Jade is a kickass, Army brat who had to overcome tragedy and adversity to become the best at what she does. Sometimes her greatest strengths—her passion for winning, her persistence, her impatience—that make her successful, can be her faults as well. For more insight into Jade’s character, I wrote a short story, Few Are Chosen, a prequel to Don’t Speak, which I released last November."

"I am impatient like Jade. And a badass as well."

"It is best to read the books in order, so I don’t want to give anything away, but the second novel is about how the bullying epidemic within our schools and society touches Jade personally. One out of every five students in the US is bullied. Almost 75% of LGBTQ students are verbally bullied, 36% physically. Almost one third of these students miss at least one day of school a month, because of the fear of being bullied. These are crazy statistics. This issue is so prevalent, but not talked about as much as it should be. And I felt called to write about it. Of course, the current political climate emboldens some bullies with express permission to bully."

"The third book in the Jade Harrington series, The Divide, is coming out in the spring of 2019. Again, I can’t say much, but I can share that Jade chases an elusive serial killer, whose victims all have one thing in common. They’re all wealthy and one-percenters."

"J.L. Brown was motivated by her wife in 2010.  Julie loved to read and used to critique whatever she read until her wife told her that she should write her own book.  That was a brilliant idea.  She dreamed about a plot for a Novel that same night and she has been doing a great job ever since.  Many people that like to read become the greatest Authors.  She is a great example of that.  There is a saying that 'When you want something done right sometimes you have to do it yourself.  Now instead of being a critic to others work she is perfecting her own and giving Readers what they want.  J.L. Brown writes with a Purpose and continues to speak up against bullying until people finally put a stop to these senseless acts.  Click on the link above and buy "Don't Speak" first and find out for yourself why it has over 200 great reviews."