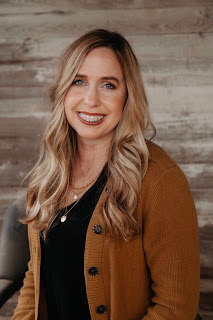 "Great Authors not only have a passion for writing but they also tend to be passionate about sharing it with others.  It's not their creative mind that has us in awe and admiration but their ability to take that creativity and transfer it from their mind to paper.  When their fans read their thoughts and their stories it is as if the Readers see exactly what the Author wanted them to.  They also give the Reader so much detail and images to expand their imagination and a great story to keep them intrigued all throughout their book.  Even though we all have our own unique experience and we visualize their captivating words differently we are pleased with everything we read and want more from these brilliant minds.  Their heart is in this.  They write with an energy that brings life to a story.  An energy that once we are done reading their work we walk off feeling an energy we did not feel before opening up their book.  And for that we are always grateful.  Ashley R. King is one of these great Authors.  She let us know what motivated her."

Hi Jason! I can't thank you enough for interviewing me for your blog. It truly is an honor. Please don't hesitate to let me know if I can ever help with promoting "Hour Glass" or any of your other books in the future. You rock and thank you again! :)

"What inspired me to write it was my amazing mother in law who is a two time breast cancer survivor. So many of us are affected by cancer in its many forms and I simply wanted to highlight that the people who fight, whether they live or die, are all valiant, are all heroes."

"I relate most to the main character, Ava. She goes through a personal tragedy that causes her to recoil from the world, that makes her question her beliefs about life and love. After my father died when I was 21, I wanted to do the same thing as I had already gone through the death of my mother. I remember thinking, "Maybe it'd be better if I just didn't love or form any connections...maybe it wouldn't hurt as much..." But my husband, who was my boyfriend at that time, was like nope, not happening and he and his family rallied around me. Ava actually goes through with it and even when she starts to come back into the land of the living, she's still waiting for that other shoe to drop. Like me, Ava does eventually find love and realizes it's worth fighting for."

"A misanthrope is a person who dislikes humankind and avoids human society for a variety of reasons, some which include life circumstances, while others are due to personal choice. Synonyms include cynic, hermit, and Ava Rivers. At twenty-six she’d done a pretty fantastic job at becoming a young recluse, her father’s death having traumatized her years earlier. The casualties of her introversion include her mom, brother, best friend, and the boy that stole her heart at seventeen. Now working as a writer for the Berkmore Daily, Ava writes trivial society pieces (ironic, right?) while ignoring her assistant, Blair, and her good-natured boss, Ted. Her life turns upside down when she is diagnosed with breast cancer and forced to face the fallout from her earlier decisions, forced to realize that she does not want to live or die with any type of regrets. Thus, Letters of a Dying Misanthrope is born, a column where Ava is able to pour her heart out, to write letters to all those she’s wronged, to all those whose hearts she’s broken, in an attempt to bridge the gap. But before the column is published, she decides to deliver the letters personally in attempt to beg forgiveness, sometimes choosing to keep her illness a secret."


"Maddox Ashbury was probably the biggest mistake of her life; she walked away from him when he proposed to her. There’s not really a way to come back from that is there? Regardless, Ava decides to give it a try with her newfound friends and family rallying behind her. What she doesn’t expect to find is an angry Maddox who has hardened his heart to her, proving this task to be more difficult than expected. Will Ava get her fairytale ending? Will the disease claim her before she even gets the chance to try? Twenty-six is an early age to die, but it’s not too early to learn the important things in life and to begin living."


"Letters of a Dying Misanthrope is an emotional women’s fiction/romance crossover novel about strength, hope, and love. It is perfect for fans of Colleen Hoover, K.A. Tucker, and Tillie Cole."

"I am! I have two other books in the works. One is titled "Painting the Lines", which is a sports romance, and the other is "Angels in Cages", a Gothic romance set in the south and heavily based off of local folklore."

"Ashley R. King was motivated by her amazing Mother in Law who is not only a Survivor but she is also one of Ashley's heroes.  My favorite thing about Ashley is her giving nature.  She was inspired by the fight her Mother In Law showed and continues to show each day and now she wrote "Letters of a Dying Misanthrope" and it's going to inspire a world of people.  She encourages us to get through whatever we're going through, still go for your dreams, still go for the person you loved,  and still go for the life you always wanted to have no matter how far and impossible the chances of succeeding are.  That 'you never know unless you try' and 'right your wrongs' and 'go for what you want whether you win or lose' attitude is contagious.  It can inspire us all in our own lives.  I admire the way she uses her creative energy to write a book that will give her Readers that have challenges in their life more reasons to believe in themselves and keep going.  Because deep down inside we all have things that we want to fix or improve just as much as we want to achieve new goals.  It's books like this that motivates us to go for it.  Click on the link above to Ashley's Author page monthly as she will keep you informed when "Letters of a Dying Misanthrope" will be available for Preorder.  In the meantime she has great reviews on another book of hers so click on the second link and buy "Brightest Hour".