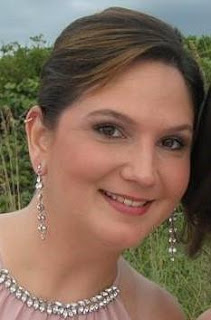 "Great Authors have this talent of taking their ideas and passions and expanding it to create amazing stories that the world can relate to.  They selflessly have the Reader in mind making sure they not only learn from their story but they use their creative writing talents to keep them engaged and entertained the whole time as well.  They write about things they are passionate about so when the Reader is locked in to the story they are enjoying every chapter because the Authors passion is felt throughout the story.  Whether it's their love of the country or their passion to open the Readers eyes to the magic of their words they capture the essence of everything they wanted us to feel.  Whether you want to read to escape the realities of the world or to use the Adventure in the book you are reading to start your own Adventure when the book you're reading is finished there are very talented writers that can do this for you.  C.J. Geisel is one of these great Authors.  She let us know what motivated her."

"A number of things inspired me to write "Lowcountry Incantations."  I am so in love with the low country itself, everywhere from Savannah to Charleston.  Every time I visit, I feel like I'm home.  There is so much rich history in these places and I wanted to make sure to at least pay tribute to the history and the culture.  Secondly, I went through an experience of abuse in my past that really opened my eyes to psychopathy and mental health in general.  I find Psychology fascinating and wanted to make that a main theme in my story.  Last, but certainly not least, I wanted to shine a light on the plight of the pit bull breeds (also nicknamed "bully breeds").  I wanted to show everyone just how beautiful and sweet they are, and also how mistreated and misunderstood they are."

"Quinn's character is very loosely based on myself.  Although, she may be a bit thinner than I am!"

""Lowcountry Incantations" is a story about many central themes in life- love and trust.  It incorporates elements of crime, magic, and Psychology.  I wanted to make the book relate-able while still bringing in a world of magic and mystery.  In giving the story a first person narrative, it offers the reader a deeper insight into Quinn's thinking and insecurities.  I wanted to make my audience think, "Hey, I know what that feels like!"

"I am currently working on the next book in the series, titled "Lowcountry Convictions."  Without giving too much away, most of the characters return to solve another crime, helping out another girl in need."

"The easiest way to purchase my book is through Amazon, linked here:

"It is available in paperback and e-book, and is free to those with Kindle Unlimited."

"C.J. Geisel was motivated by love for the low country itself.  My favorite thing about this great Author is how she wanted to make the book relatable while still bringing in a world of magic and mystery.  So she gave this book a first person narrative.  I love this because it shows how this amazing Author doesn't write for herself.  She really cares about the Readers.  She wants to make sure they are getting their money's worth and she wants them to feel that the book is specially tailored for them.  That care in the storytelling is exactly why people always like to find the Authors next book.  Because it is hard to write something that makes a person feel like the book is exactly what they were looking for but when you are thinking of the Reader while you are writing it the Readers can feel it.  They can sense it as they eagerly turn to the next page and the page after that.  With the care and the passion that this book was made with you are not only going to get lost in this great story but you will also be entertained.  Click on the link above and buy "Lowcountry Incantations"."


Posted by Empowered-individuals.blogspot.com at 8:01 AM No comments: 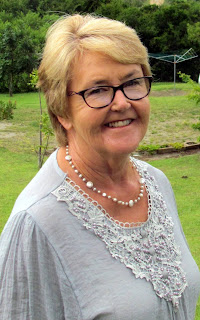 "Great Authors have the creative touch to take our fantasies and make us feel like we are living it with their words.  Their stories stimulate our minds like magic as our imaginations come alive with each page.  They write with such intensity.  You read their work and you feel that it is so sexy and passionate and you are hoping it continues and the Author doesn't disappoint.  Instead she makes it even more exotic.  There is no thought of boundaries and limitations only vibrant chapters and main characters that grab your attention.  When you are done reading the book you had such a great experience that your first thought is to remember the Author's name and find another one of their books.  Pixie Emslie is one of those great Authors.  She let us know what motivated her."

"I first wrote a book called ‘Cry of the Rocks’ which is based in the deep platinum mines, where men and women work shifts in the heat and damp underground. It is a thriller based on a terror attack against the mine, which sets off a rockfall trapping dozens of people in the deep."

"Anyway, having got that out, I thought romance might be a well-paying genre to try. So I wrote my first romance, ‘His Precious Diamond’ which was published by a UK company called Pegasus. Well, they did no marketing at all, so I decided to try and ‘go it alone’ with a new romance. That was the start of ‘His Prize Cheetah’, which I published on Kindle – still hoping I might make some money...(ha ha)."

"I really like Francesca (Cheetah) as she is sassy, bright and knows what she wants in life. She loves the countryside, is kind to her father – and as a beautiful ambassador for Karen Mines’ wonderful jewellery and artwork she is a wow."

"The second in the Pixie Emslie Exotica Romance series"

"On the steamy beaches of the tropical island of Mauritius it was passion at first sight for billionaire playboy and womaniser of note, Anton van Coller and the deliciously sexy Francesca – better known to her friends as Cheetah. Both anxious to protect their identities, the two decide simply to enjoy their island fling – and to stay away from the pressures of their own high profile lives."

"But back at her famous father’s ranch in Africa, Francesca is absolutely blown over when Anton turns up unexpectedly. He is involved in a fabulous global jewellery and art exhibition, and Cheetah is dragged into it, her exquisite face perfect to model the creations. She also has to face the fact that she was just one more of the many beautiful and famous names he had taken to his bed – but this time the golden playboy is smitten, while she is absolutely determined not to fall for his charms, or into his bed, again."

"Moving from the wilds of Africa to the glamour of London and New York, this is a story to warm the coldest heart – and leave you longing for more."

"I am sure that all writers are always working on another book, even if only in their dreams. But yes, I have a story of a teenage rap singer almost complete and ready to go. It is aimed at the Young Adult market, is not religious but is inspirational and shows that young, black people can be a great success if they stick to their ideals. And then I have been working on a ‘big book’, based on two similar South African men – one white, one black – in World War 2."

"If this has intrigued you, both ‘His Precious diamond’ and ‘His Prize Cheetah’ are available on Amazon Kindle books – priced at around $3.00."

"Pixie Emslie was motivated by changing to the Romance gemre.  She did a great job in making a book that satisfies and delivers.  My favorite thing about Pixie Emslie is her 'never settle for less' attitude.  She had a Romance book that was published before and they didn't market it at all.  A lot of people would have accepted it.  They would have felt horrible of course but they would hope the next book would get better marketing.  Not Pixie.  She took matters into her own hands.  She knew her passion for writing a great book for her fans wasn't enough.  She wanted to make sure and market it herself and also give the same amount of passion in letting the world know about her work.  Because of her going out of her way to give Readers her very best and making sure people know about it she is not only a talented Author but an inspiration.  Click on the link above and but "His Prize Cheetah".

Posted by Empowered-individuals.blogspot.com at 8:42 AM No comments: