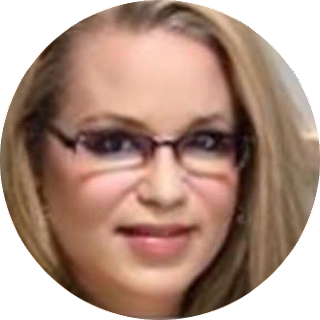 "Great Authors have the ability to create amazing stories and they do it in a way that offers their Readers a unique experience.  Whether it is the story that keeps you wanting more or the main characters that interests you so much, you are able to appreciate how their passion for writing is shown throughout their book.  And by the end you realize that these Authors are the very reason why we can all get lost in a great story.  Kimberly Reynolds is one of these great Authors.  She let us know what motivated her."

"I began reading the dystopia genre by accident. It was never something I was drawn to or interested in reading. I read the book One Second After by William R. Forstchen and became completely hooked. The novel deals with an unexpected electromagnetic pulse attack on the United States as it affects the people living in and around a small town in North Carolina. Former Secretary of State, Newt Gingrich wrote the forward for the book and I sincerely felt fear for the possibility that an EMP strike could really happen. That book led me to voraciously devour the genre."

"I read every book I could find about the topic of EMP destruction. Shortly after, I had a very realistic dream that came to me every night for about a month. I became obsessed with the story that played out to me every night. I found that I could hardly wait to go to bed so that I could continue the story. It played out like a movie with very vivid detail, places and characters. I knew I had to put my dream on paper to bring Baron St. John and Alannah Spencer to life. From there I began writing it down in notebooks and sticky notes that I had shoved in seemingly every corner of my life."

"The Haven became the name of my journaling very early on. Quickly, I amassed vast quantities of notebooks filled with research and scenes. The Haven is a conglomeration of two years of writing. I hope to offer my readers an exciting escape even if it’s only temporary. When they finish the book, I want them to realize the plausibility of the situation and make the life changes to protect themselves and their families…just in case."

"As I began to develop the characters, it became a natural progression to create realistic personas based on my vivid dreams and the realistic world that unfolded to me nightly. Looking back, I see much of myself and experiences in Alannah. Her ability to mold herself to fit any situation. She’s an introvert but could easily win an academy award for morphing her personality to match given circumstances."

"The book is a gripping post apocalyptic EMP survival thriller with edge of your seat twists and turns. Baron St. John has an inside track on the inevitable possibility of an attack against the US. He begins his journey, spends years preparing, building a community to save all he can. Just before the nation’s electrical grid is obliterated and the country is plunged into chaos, he meets her, Alannah Spencer. The only woman strong enough to stand with him. In the midst of a crumbling society, exists love."

"The Haven is book 1 in The Haven trilogy. Book 2 explores life living without technology or even the basics everyone has grown accustomed to and takes for granted. Factions within the country war against each other for survival and control."


Jason:               "For those that want to read your book when do you believe it will be available for preorder and what is the easiest way to keep in touch with you?"

"Currently, on my website at www.kimberlyreynoldsauthor.wordpress.com The Haven can be preordered. The book is scheduled for release this summer. I can be followed on Twitter at @KReynoldsAuthor."

"Kimberly Reynolds was motivated after she read the book 'One Second After' by William R. Forstchen.  What draws me to Kimberly and her creative mind is when she said the idea of an unexpected  electromagnetic pulse attack got her hooked.  She sincerely felt fear for the possibility that an EMP strike could really happen and that book led her to voraciously devour the genre.  Not only do I enjoy hearing her confidence and excitement for writing this book but when someone is hooked on a topic they are going to give you their best work.  The story is unique and the characters are some of the ones strong enough to match the intensity of the situation they must overcome.  To write an exciting book like this and to be able to have love in the midst of chaos is one of many reasons why this is going to be worth the wait.  Click on the link above and Preorder "The Haven"."


Posted by Empowered-individuals.blogspot.com at 9:14 AM No comments: