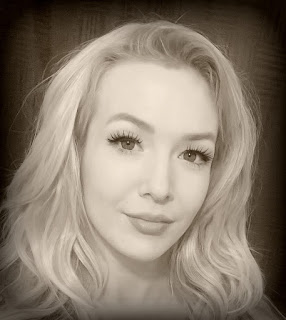 "Great Authors can perform a juggling act of the mind.  They can create the time and place, the perfect characters, the perfect story, and keep everything interesting for as many chapters as it takes.  E.H. Night is one of those great Authors.  She has the ability to control the way a creative story is written but stays flexible enough to let it take on a life of it's own.  She let us know what motivated her."

"I had been watching documentaries one night and stumbled upon one about the Great Plague of 1665. I found myself wondering about the impact that it must have had on relationships, so I decided to study the event more. From there, I came up with characters and a plot. The book started out as a sweet love story, but it quickly turned into something darker and deeper."

"I relate mostly to Helen, at least toward the beginning of the book. I used some of my own conflicting emotions and frustrating traits to develop her. Instead of keeping her thoughts completely on track, I let her mind wander as my own might have wandered. Most of us aren’t completely stable beings when put into uncomfortable situations, so I allowed her sanity to falter as things progressed."

"A Stray, Astray is a story of betrayal, jealousy, love, and injustices during the plague. It takes place in London during the 17th century, when the poor were thought of as less than human. The book follows Helen as she attempts to climb the social ladder while being repeatedly reminded of her station in life by those around her. As she buries her loved ones, her priorities begin to change. She no longer worries about wealth and status; she only wants revenge."

"I’m currently working on a mystery/thriller. It takes place in the midwest during the late 80’s. I expect to be finished with it by March."

"It is available on Amazon at the moment. I offer an ebook version and a paperback version."

"E.H. Night was motivated after watching documentaries about the Great Plague of 1665.  From there she studied the event even more.  Once she was able to get a visual of how that moment in time must have been her imagination took over.  One of my favorite qualities of E.H. Night is her flexibility.  Her ability to start the book as a love story but to allow the darker and deeper realities of the Plague to take over.  Her main character and the different emotions throughout this book eliminates the vague text book and newspaper versions of the Plague and she takes you inside with so much detail.  In their homes.  In their families.  You will feel their desperation and the transition from living comfortably to just wanting to survive.  Click on the Link above and buy "A Stray, Astray."


Posted by Empowered-individuals.blogspot.com at 7:52 PM