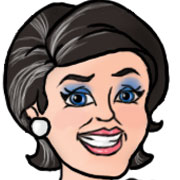 "Great Authors contribute to this world of ours by creating a world of their own.  Open their book and you are somewhere else.  They describe their stories with such detail that you feel that the town and the characters really exist.  With every flip of the page you are entranced by their words and when you stop reading as you go about your day in the back of your mind is getting to the next chapter.  How do they do it?  Create a world with words.  I believe today instead of wondering how, we shoild just appreciate one of them.  She will most likely give us some insight.  Annie Acorn is one of these great Authors.  She let us know what motivated her"

"Actually, I never planned to write this book. In the spring of 2011, I hosted a small writing group in my home one Sunday afternoon, and a newbie writer asked for advice about overcoming writers’ block. I had never experienced this problem myself, but I passed on information I had read and heard from other authors."

"After my guests left, I began to wonder if the advice I had given would really work, so I opened a new Word.doc and began asking myself some basic questions, merely as an exercise. Was I writing a short story, a novelette, a novella, or a novel? Was there a specific genre? Was the main character a man or a woman? Young, middle-aged, or old? What did they look like? Where and when was the story taking place? And, finally, most important of all, what was the slice of time in which the reader is first introduced into the main character’s life?"

"I settled on Angelique MacDuff, in her late twenties, who was preparing to open the store Bright Treasures, which had been the dream of her now deceased husband – his death being central to the story. I placed her at the curb across the street from the store, and suddenly, Lady Grace, a miniature Doberman appeared at her side – a surprise to me. From there, I allowed the characters to write their story, because I had no preordained plot, until I had reached approximately 1000 words."

"At this point, one of my guests called to thank me again and asked what I had been doing. I shared what I had written, and she loved it, insisting that I continue writing the story and call her every day to read her what I had written. And so, every day I went to work and wrote 1000 more words during my lunch hour, calling my friend Elizabeth each evening to read her the newest chapter. Three months later the book was complete."

"Bright Treasures is approximately 93,000 words long – a full-length, cozy mystery. In the end, my characters did pull together and solve the mystery in a way that worked. To my surprise, when I reviewed the piece as a whole, I discovered that clues were dotted throughout it, along with a number of red herrings."

"Because I had let myself go with whatever popped into my mind at the time, the book is filled with quirky characters and lots of humor. Readers love it, and I’m quite pleased with it. Lady Grace, who sprang out of nowhere, is one of my favorite all-time characters and plays an active role in the story. My only regret is that it took me so long to put it at the front of the line and get it published."

"All in all, if this book does nothing else, it proves the point I often make to writers I’m mentoring. It’s always best if you just allow your characters to tell their story, and I believe a strong case can be made for most writers’ block being caused by the writer attempting to force their character(s) to do something they simply wouldn’t do, based on who they’ve been developed to be."

"At this stage in my life, I’ve owned and run several successful businesses, and the same rules applied in each case. First and foremost, keep an active list of goals – large and small, and constantly review and update this list, both to recognize your progress and new plans to implement."

"Keep your eye on the ball would come in a close second. Believe in yourself, work hard, learn from criticism, work hard, manage your time well, work hard, network, work hard, and develop whatever skills are required to put you in line for success."

"Also, I founded AAPub, as we refer to it, in large part so I could mentor younger/newer writers, and I strongly believe in the premise that with success comes a responsibility to give back, both with time and money. My tweeting writing tips at @Annie_Acorn is another way I strive to pass on my own lessons learned to those who can benefit from them."

"We meet the heroine Angelique McDuff and her miniature Doberman Lady Grace on the opening day of Bright Treasures – an antique store/cafe combo, which had been the dream of her now deceased husband Richard. The story takes place in the fictional, small town of Bright Seas, which is located along the shore of Puget Sound."

"Originally, Richard’s death was determined to have been an accident, but Angelique has come to believe that he was murdered. Money and jewels are missing, a frightening message appears from nowhere, and Lady Grace is acting strangely. In addition, if Richard was indeed murdered, then it almost had to have been by someone she both knows and trusts."

"This book is full of interesting characters, and many of their actions provide a good dose of humor to the mix. There’s a touch of fantasy, and romance is definitely in the air as well. Obviously, I got a bit carried away."

"I had to laugh at this one, because one of my goals for 2019 is to complete and publish all five books that I currently have in progress – one non-fiction, the sequel to my full-length, cozy mystery Chocolate Can Kill, a full-length and a shorter alternate novel for my romantic, women’s fiction/family saga Captain’s Point series that I produce collaboratively with @JulietteHill1, and the first full-length novel for my Luna Lake Cabins romance series."

"The Luna Lake Cabins novel is within 3,500 words of completion, so it will likely be the first one to launch – sometime this spring. Ten years before the story opens, the two main characters enjoyed an idyllic summer as friends before the male character became an Army Ranger."

"He has now left the service, much decorated and working to heal his wounded soul. She is now a young widow, facing major life decisions as to how best to move forward for both herself and her six-year-old daughter – a charmer."

"A promise made in the past reunites the two, neither of whom is looking for romance, and from here, the story unfolds."

"My full-length, cozy mystery Bright Treasures is available from Amazon"

for Nook and Kobo ereaders, including at Walmart.com, and via iTunes. The audiobook version, narrated

by @lisaleslievoice will be available by March 31, 2019, through the Amazon website, Audible.com, and

"Annie Acorn was motivated by one of her newbie writers in 2011 who asked her for help getting over writer's block.  After the small writing group left she wanted to see if the advice she had given would work.  So she started this book and the rest is history.  What I like about this great Author is that everything about her revolves around helping others.  The smaill writing group.  Mentoring others to make them get better.  Her advice to let the characters tell the stories themselves.  Her advice about reaching success in accomplishing life goals.  These are all the qualities that would take anyone steps toward achieving great things.  And for that I am truly grateful for Annie to share that knowledge with us and steer us in the right direction.  This book is amazing because of her unique talent of letting the characters tell their own story.  What better mystery then one where the Author finds out right before you do.  Click on the link above and buy "Bright Treasures"."

Posted by Empowered-individuals.blogspot.com at 9:13 AM