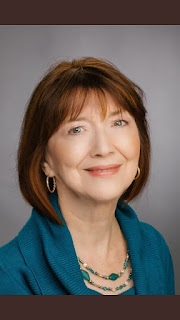 "Great Authors do more than just entertain our minds with an adventure or put our mind at ease when we read for relaxation.  Sometimes their stories leave a lasting impression on us.  The main character mirror what some of us go through in our own lives.  And when the main character overcomes subconsciously it makes us feel that we can overcome as well.  Maura Beth Brennan is one of those great Authors.  She let us know what motivated her."

"I got the idea for the theme of my book from something I experienced in my own life. I had accomplished a goal I set for myself, and realized that my self-image shifted, I let go of some harsh judgments I had made about myself. That made me think of writing about someone who experienced that same shift, but in a much more dramatic way. I wrote about someone who had crippling guilt that colored her entire life, and was able to overcome it. As I wrote, the story shifted and became a love story, too, and a story about friendship as well."

"The characteristic of my protagonist, Harriet, that I relate to, as you can see by the first question, is guilt. I think most humans are victims of guilt that we place on ourselves, but women seem to be especially prone to this. We are raised to feel so "responsible" for the happiness and well-being of others, and also to be able to perfectly blend the various aspects of our lives - home, work, motherhood, etc. Harriet experienced that guilt as a child after the murder of her mother. It never left her and led her to hold herself back in life, until a second tragedy led her to find her own strength."

"The Edge of Memory is a story about murder, guilt, and regret. At the age of nine, Harriet witnessed the murder of her mother and has been haunted by half-memories and nightmares ever since. Now, she's ready to take a chance on a new life and love. It's within reach until her lover's betrayal and a murderer's evil schemes threaten to overwhelm her. This time, will she find her own strength and save one dear to her? Don't miss this engrossing story of a young woman's quest for self-redemption."

"I am working on another book, a sequel called, "The Edge of Fear." Harriet, now called Hattie, has realized her dreams - a beloved husband, a young daughter, a beautiful home. But, more than most, she realizes how easy it would be to lose it all. Then, one day, her worst fear is realized. She decides to take matters into her own hands and fight."

"The easiest way to purchase The Edge of Memory, is through the universal link: https://t.co/bTtarKj6Ky    I hope you enjoy it!! And, if you do, please, please, please leave a short review!!

"Maura Beth Brennan was motivated by something she experienced in her own life.  She let go of some harsh judgments about herself.  What I like the most about this great Author is not only the way she shared with us that she used to place guilt on herself but found the courage to let go of it and overcome.  Just like chapters in a book the story of your life will change too.  Just have the courage to start the next chapter. As you learn and grow the story of your life will get better and better, one page at a time. Click on the link above and buy "The Edge Of Memory"."


Posted by Empowered-individuals.blogspot.com at 11:46 AM