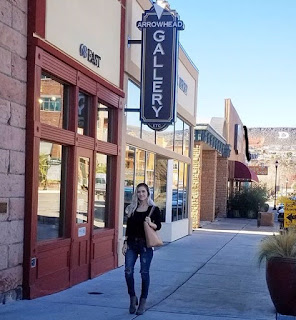 "Great Authors have many qualities that make them successful.  One of the most important things they must have is the belief in their idea.  Sure, sometimes you can rely on talent alone and still create a book that may sell.  However when you believe in what you are writing.  When you think of your main characters morning, noon, and night until that book is complete.  In the end of all that hard work when that book is available it will show amazing results.  Candra Baguley is one of those great Authors.  She let us know what motivated her."

"A friend of mine passed away in 2017, giving me the idea of uploading memories and living forever as AI. I wrote this book because I felt like I’m not the only one who wishes for such things.

"Wow, that’s a good question. I’d say the character I relate to the most is Leinani. She has these moments when she lets go and enjoys the moment. However, she is much smarter than me."

"Transmissions to Titan follows four people as they prepare to leave Earth and humanity behind to live for eternity as AI on Titan."

" I’m writing Resist Titan - the sequel to T2T. This picks up where the first book left off."

"The easiest way to buy it would be to download it for free on Smashwords and those who like it can buy the print copy on Amazon."

"Candra Baguley wrote a futuristic book that takes place in 2052.  My favorite thing about this great Author is the way she is already working on a sequel.  She can easily sit back and relax after all her hard work of creating a book that her Readers are pleased with.  However she is already making the next one.  When you read a book that you find yourself turning the pages when you reach the halfway point you are most likely invested in the story and the characters.  Near the last couple of chapters you're both excited that you found a great book but also wishing it wouldn't have to end.  Readers love knowing that the Author has another one in the works.  Her talent and work ethic are just some of the many reasons Candra Baguley is getting great reviews.  Click on the link above and buy "Transmissions To Titan"."


Posted by Empowered-individuals.blogspot.com at 4:39 PM