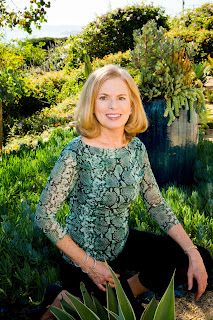 "Great Authors know how to take your mind for a ride.  They break up the monotonous in our lives and they ignite our imagination.  Page after page we are caught up into who did what and almost wanting to skip ahead to find out certain unanswered questions because the anticipation feels that overpowering.  As we read their book we fight the urge and practice patience as the story begins to unravel perfectly.  Just like how people 'trust the process' when it comes to being successful at certain things Readers 'trust the Author' that by the end of the book they will deliver a satisfying story from beginning to end.  Cynthia Hamilton is one of those great Authors.  She let us know what motivates her."

"The truth is, I don’t actually remember what inspired this third book in the Madeline Dawkins series. I had gotten three-quarters of the way through book three when a family crisis forced me to abandon it. By the time I was able to get back into writing, I felt so detached from what I’d written, I didn’t even have the heart to try and pick up where I left off. So, I started fresh."

"I’d had two storylines going and I decided to hang onto one of them. I don’t recall where I originally got the idea of an heiress who’d been off the radar for ten years and her dying mother looking to reconcile, but I could still remember some key elements that could lead to plenty of juicy twists. And I guess if one missing person case was a good idea, I must’ve thought two would be even better, which is why I sent Madeline’s partner down to L.A. in search of his cousin’s girlfriend and her sister."

"I had certain elements from the first two books that I could draw on, allowing me to bring in the main nemesis from “Spouse Trap”, the prequel to the series in which Madeline is set up for her great fall from grace. Bringing Steven Ridley—Madeline’s former husband—into the story created additional background tension."

"Madeline has done battle with a ruthless foe and not only survived, but thrived. In her debut novel, I sent her to hell and back and put up obstacles at every turn. In my case, it was a mystery illness that took nine years to correctly diagnose that turned me into a survivor. Like Madeline, the thing that was trying to destroy my life was the thing that lead me to become a writer. It was while trying to find a creative outlet I could pursue if I became bedridden that I decided to try my hand at writing, completely forgetting my long-held belief that I couldn’t be a writer if my life depended on it."

"So, like Madeline, I was able to grasp something good out of something horrible. Writing allowed me to use skills I didn’t know I possessed to launch a new career while seeking solace and a place I could escape to when the pain became overwhelming. At the end of “Spouse Trap”, Madeline embarks on dual careers as event planner and private investigator. Twenty years after my odyssey began, I have now eight published books and have beaten down Lyme disease to a more manageable foe.
And I must add that until I pondered your question, Jason, I had never appreciated that Madeline and I do have something in common. I thank you for that!"

"Two inquiries come to MDPI on the same day that seem like fairly straight-forward missing person cases. But it doesn’t take long to discover there’s nothing ordinary about the disappearance of two beautiful sisters from Minnesota and an estranged heiress who has never touched her eight-figure fortune."

"While Madeline’s partner, Mike Delaney, heads down to Los Angeles to search for his cousin’s vanished girlfriend and her sister, Madeline heads to San Luis Obispo in hopes of picking up a twelve-year-old trail at a Catholic boarding school. Their separate pursuits lead them into a world where a frightening reality hides behind a glossy veneer. With several lives hanging in the balance, Mike and Madeline are faced with daunting odds and ruthless criminals who will kill to keep what they have taken."

"Yes, I’m currently working on the fourth book in the Madeline Dawkins series. Whereas there were two missing persons cases in book three, this latest installment has two dead husbands. One widow is languishing in prison for a murder even the warden doesn’t believe she committed; the other is certain her husband did not take his own life. There is treachery, for sure, plus the return of a truly evil nemesis, this time wearing the disguise of a good guy."

"All of my books are available on Amazon in print and ebook format. Those who have Kindle Unlimited can download them for free!"

"Cynthia Hamilton does not really remember what motivated her to write this third book.  However she was able to draw on certain elements from her first two books and she was able to intensify some of the twists so much that they are already asking for a fourth.  What I like most about Cynthia is how she battled what ended up being Lyme disease for nine years and she not only faced it head on but she took back control of her life and blessed us with eight published books during her journey.  When we read books sometimes we don't always look much into who was behind it.  Today at least we not only know the Author but we also get to be inspired by her too.  Amazing how no matter what she's been through she never complained and always found a way to focus on the Readers.  Click on the links above and buy "Girl Trap"."