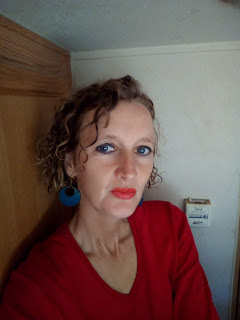 "Great Authors can take someone that has never tapped into their imagination and make them believe in the magic of story telling.  The more they read the more the main character becomes real.  The more the story becomes alive in their head.  Pictures and images play out and by the fifth and sixth and seventh chapter they find themselves saying 'Okay one more chapter and I'll finish the rest later.  Next thing they know less than a week later the book is done and the Reader is now looking for another book so they can relive the magic and the power of the imagination.  Christine Duts are one of these great Authors.  She let us know what motivated her."

"Lucan first appeared as a character in the Aurelie series, a three-book memoir (in the times of the French Revolution) that describes the journey of a young woman after Lucan turns her into a vampire. In Aurelie's books Lucan always intrigued me, he was full of mystery. So, I decided to write his story and reveal the secrets of his mortal and immortal pasts."

"I think that would be Hadea, the slave and mistress of Lucan's mortal brother. As a slave, Hadea has no control of her life, but when she becomes a vampire, she discovers freedom. She is a fierce and brutal vampire, but at the same time her new found liberty helps her blossom and grow. From obedient slave she turns into loyal ally and friend. The development and changes in Hadea’s character are profound, and I can relate to that, because I have also had drastic changes in my life, sometimes I felt as if I had risen from the ashes. I fell and rose, and I grew. Throughout the years I found myself, found out who I truly am. Hadea and I have that in common, I think."

"In book 1: Lucan's memoirs take the reader on a romp through history, starting in Ancient Rome, when a tragedy forces him to flee, propelling him towards the world of immortality. It is a tale interwoven in human history, a tale of love and persistence, hardship and hope, family and allies, and a desperate attempt to cling to the last remnants of humanity in a world of monsters, mortal or immortal."

"In book 2: Having left the ordeals of his mortal life, Lucan has survived immortality for over a thousand years. His losses and victories, enemies and allies all have a unique role to play in this unwilling journey to the true fount of vampires and werewolves. His ties to the banshees, the animosity between him and werewolves, and his bond with Hadea; all is now revealed. Sometimes the end is just the beginning."

"I finished writing Orion's story. Orion appears in Lucan’s memoir and plays an important part in helping Lucan find the true source of the vampires. He is a strong and fascinating character and I couldn’t resist writing his memoir too. Orion's book is still in the editing process."

"Lucan book 1 and 2 are available on smashwords and on Amazon.

"Christine Duts was intrigued by the character Lucan in Aurelie's books and it motivated her to write his story.  What I like most about this great Author is how she had drastic changes in her life and she has a character that goes through the same thing.  This gives the Reader the power of the imagination that I always speak about.  The growth of that character is going to feel so real to the Reader because the Author knows exactly how to write it.  It is believable to the Reader because the Author believes in the change and growth of a person.  Her ability to create real life experiences into each character and in each chapter of her story gives the Reader the ultimate experience.  That's what most Readers want.  To enjoy a great story that will take their Imagination on a ride.  Click on one the links and buy "Lucan"."

Posted by Empowered-individuals.blogspot.com at 8:07 AM