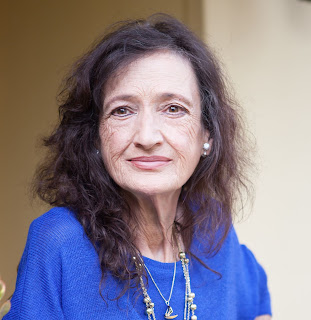 "Great Authors have the ability to write about many things.  However I find that many  tend to write about something that drives them.  They write about what they are very passionate about.   Whoever reads their work will know by the end of the book that the Author believed in it.  That their story is well thought out and they put a lot of time in it.  They have their own original ideas and they all stand out in their own unique way.  Suzanne Burke is one of these great Authors.  She let us know what motivates her."

"There have been countless conversations between my daughter and I that evolved as a direct result of the evening news or front-page headlines in newspapers, and heavily documented accounts on social media all highlighting the decisions handed down by a system of justice choking on its own failure ...  or of acts tragically exacted by the cruel hand of an out of control fate, that have provoked our anger and outrage. We are left feeling helpless and enraged, utterly unable to change those verdicts."

"One such conversation lingered in my mind and began waking my muse from a long sleep.  What happens when we are driven beyond our ability to tolerate?"

"I am confined due to health reasons to need the use of a wheelchair in all my waking hours, my mind, however, has no such restrictions. It roams wild and free. I played my usual game of setting myself a "What If?" scenario. “The Alternative” is the result."

"Writing an anthology grants me a huge scope of characters. However, the story ‘Human-Disinterest’ is written from the intimate knowledge I have of living on the streets. I hit the streets running at the age of eleven. I knew that living alone on those dangerous streets was a safer option than remaining in the abusive hell I knew as home. The character of Jenny Thurston in Human-Disinterest is loosely-based on a Jenny I knew, she was respected and loved as a dear friend. If I may, I’ll share with you a brief scene from the story. Jenny Thurston is the head and heart behind ‘Street Angels’ a charity organization that deals solely with the needs of the folks that find themselves trying to survive on the streets.  She’s been asked by a hugely popular television network to assist them in a program named “A Day in the Life".”

"Jenny insists that the show’s host Melissa Doyle accompany her onto those streets before she’ll consent to speak to the street folks and ask if any of them choose to be interviewed. Jenny wants to be certain that this woman had the capacity to understand the story she’d be sharing with millions of viewers."

"Here’s a brief extract from the story."

"Brad was at the wheel of the van and patiently waiting. He knew that the early afternoon warmth would soon make way for the southerly wind. Soon now and with little warning, the winter would arrive. He hated the winter. They lost good people each year, and the loss repeated itself again and again … just like the seasons."

He watched Jenny and the Doyle woman walk across to the vehicle, pleased to notice that the anchor-woman was now wearing jeans and a hoodie, her hair was scraped back in a pony-tail. Oh, crap … she looks about twelve-years-old. I hope Jenny doesn’t eat her alive.

“Where to, Boss-Lady?” he asked as the two women clambered up and into the van.

Jenny flicked a look at her watch. “It’s too early for the move to the night spots. Head into the main drag, please, Brad.”

Brad nodded and maneuvered the van out and into the traffic.

Jenny turned to Melisa Doyle, “Are you an observant person, Ms. Doyle?”

After a moment to digest the question the young woman answered, “I think I am. Is that what we’re doing now, testing my powers of observation?”

“I need to know what you see,” Jenny responded.

“Brad, pull over and let us out at the next set of lights, please.”

The traffic slowed them a little, building fast now as the early starters finished their shifts. Public transport upgrades had eased the congestion some over the past few years, but the exhaust fumes still hung tenaciously in the afternoon air.

The two women climbed out, and Jenny lead the way to an alcove. It gave them a clear view of the opposite side of the city street.

Jenny spoke her commands softly. “There are two of the folks I’m familiar with right in front of you. I want you to watch them for a while, and then I want you to tell me what it is you see.”

Melissa Doyle nodded her understanding. She leaned back into the sandstone wall and focused her attention straight ahead.

Fifteen minutes later, Jenny called a halt. “Okay, now turn away, face me, and tell me about them.”

“Which one do you want me to start with?”

“Whichever one caught your attention first.”

Melissa Doyle took a breath and began. “I noticed the guy with the dog straight up. The man looked to be somewhere between thirty-and-forty-years old. I couldn’t tell his height too easily, but from the length of his arms, I’d guess he was well above average height. His hair was long and blondish brown. He wore a baseball cap, but I couldn’t make out the logo. He had two other hats, one in front of him, and one in front of the dog. I think the dog was a Labrador. It looked in better shape than he did.”

“He smiled all the time like it was a mask plastered to his face.”

“Anything else in particular that grabbed your attention?”

“And the other one?”

“It was a woman, I think. It was hard to be sure because of the layers of clothing. The hair was very long and hung across the shoulders in dark matted strands. She wore a pair of large sunglasses, and she didn’t look up once. Um … she had some sort of plastic container in front of her. She was stooped over, I’m not certain if that was because of her age … or her state of mind.”

“Uh-huh, now … tell me, which of them collected the most donations in that fifteen-minutes?”

“I don’t think? Oh, no, wait. Yes, that’s right; the dog had two people stop and drop something in the hat in front of it.” The woman’s face suddenly flushed a deep, unflattering, red as she registered what she had just said. “Oh. … Oh, my God.”

“So please, tell me …are they just dog-lovers, Ms. Doyle?”

Melissa Doyle’s face mirrored her sudden understanding. “Oh … sweet Lord. They think the dog has no choice … to be there on the streets. But they think that the human must have one.”

“Yes, Ms. Doyle. Some people firmly believe that the human element could be somewhere else if they chose to be.”

“Wrong? I understand and so should you that this action doesn’t make them bad people. I believe that the state of our current world has desensitized people. The violence, the divisions within their own once safe environments. That’s all they see everywhere they look… on their televisions each night … and on their social media outlets, each and every hour of the day. The passers-by make no eye contact, Ms. Doyle. I understand it as much as I deplore it. That desensitization is becoming commonplace throughout our entire species.”

“How do I help the public connect?”

“The best you can do is make them feel forever grateful that they are in a safe, warm, hunger-free environment. Perhaps that lost empathy will surface for a short while.”

“They don’t look because they don’t want to be contaminated by the pain?”

Jenny nodded. “Something like that.” She almost whispered the words.

"I've been told often that my work is dark, and it is. Yet it is shaded in multiple layers, no situation can be viewed fairly from only one objective. I hope my readers will find a satisfying balance within these pages. I hope the readers will be intrigued, and I hope above all else that they are helped to reflect on their understanding of PTSD and it’s resultant nightmares."

"I'd love them to have moments when they fist-pump the air with a resounding YES when The Alternative is exacted on the ones most deserving of it."

I’d love them also to have moments of sadness when a cruel fate takes good people to hell. All human beings have those dark moments, when the decisions handed down by our justice systems or by the unrelenting hand of a cruel fate, make us shudder in denial.

We hold those moments close and shielded from others … until the foundation of all we once understood and believed in, cracks and begins to crumble.

What happens when we are driven beyond our ability to tolerate?

This book is an Anthology of the stories of such people—people that took those dark moments of thought and put them into action—human beings that exacted “The Alternative” regardless of consequence.

This is their journey.
A place where Karma has no deadline and rage has no boundaries.

"I’m beyond excited at the moment. My new book “Whatever It Takes” a psychological thriller is due out in April."

James Kincaid had it all.

He’d made it the ‘A’ list in Hollywood, a place that prized and idolized winners above all else. Three golden statuettes currently graced the mantle of his Los Angeles mansion. The next year’s Oscars held the sweet promise of more.

Then life began exacting a price that no man could be expected to pay as people he cared about began dying from anything other than natural causes.

He couldn’t move on with his life or the dream without knowing why.
Andi O’Connor is the woman he hires to do “Whatever it Takes” to find him the answers.
Could this disenchanted, street-hardened, ex-homicide cop uncover the truth without adding to the growing list of those already sacrificed on the altar of one besotted human’s insanity?
From Hollywood to New York, the body count continues to rise. Time is fast running out.


I had such a marvelous time researching and writing this book. It is, as is all my work, a darker look at the demons that drive us and the consequences that follow.

"There was a lingering conversation between Suzanne Burke and her daughter about the news and newspapers and the countless decisions and verdicts they felt failed them.  This motivated her to write  "The Alternative".  What I like about Suzanne is her level of excitement about her new book coming out in April.  Whenever an Author uses 'beyond excited' you know their Readers have something to look forward to!  I appreciate her openness about her life and also the blurbs she shared with us.  After all she has been through since a very young age she is thriving and continues to give her fans and Readers quality books each and every time.  Click on the link above and buy "The Alternative"."


Posted by Empowered-individuals.blogspot.com at 2:45 PM