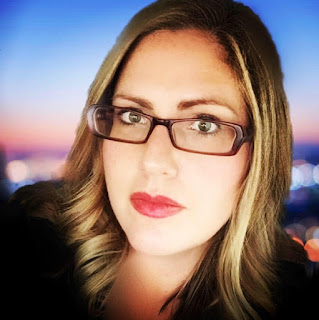 "Great Authors started out as great writers.  At some point in their life they realized they had a talent and they were ready to take their writing to the next level.  They found that idea or that perfect story that they know the world would love!  It's always a great feeling when you catch one of them about to share their amazing talent with the world.  Their energy and their passion for writing resonates within them and their level of excitement for what they do is impossible to hide.  But then again why hide it.? Readers love to know how important they are to these amazing Writers.  Taralynn Moore is a talented Writer and she is ready to share it with the World!  Taralynn let us know what motivated her."

"I was inspired to start writing because I felt I’d lost a part of my creativity, that spark that lights you up inside. I was driven to finish the book by the loss of a friend. Her health was failing and she made me promise I wouldn’t give up. The story itself was inspired by a twist on the story of King David, and a play on the different levels of relationships within a coming of age story."

"Bria is a quiet storm. She wears her strength in less obvious ways and is still learning when and how to use it. I was very much like that growing up. It wasn’t a lack of ability. It was learning that my voice, even if soft, could be powerful."

"KING UNVEILED is about a girl, Bria, who finds out that her world is entirely different than she’s always known it to be. Beneath the title of her last name and family run corporation, KING, hides a mercenary army and medical research team she knew nothing about. Secret after family secret is uncovered all while she searches her heart for who she truly loves, her long time boyfriend, Jon, or new crush, David. It has elements of music, sweeping descriptions, heated actions scenes, and quiet romantic moments."

"I’m currently working on the next book of the series called KING ABDICATION, two standalone books, and a Christmas collection of short stories."

"KING UNVEILED will be released for pre-order on 4/9 and released in full on 5/14. I’m super excited about the cover reveal on 4/2 and all the release blitz fun that’s planned!"

"Taralynn was motivated when she started feeling like she lost a part of her creativity.  As she brilliantly put it 'that spark that lights you up inside'.  Also, it was very important for her to finish her book becaise of her promise to her Friend.  What I like most about Taralynn is her level of excitement for her book cover reveal, her book being available for pre-order in April, and it being fully released in May.  Her reaction is a great indication of the time, energy, and dedication she put into this book!  4/9/19 search on Amazon for Taralynn Moore and pre-order "King Unveiled".

Posted by Empowered-individuals.blogspot.com at 10:01 AM