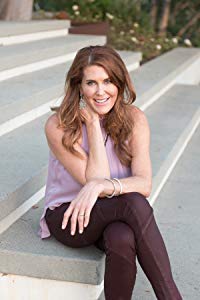 
"Great Authors are some of the most creative people on this earth.  They write with passion.  Many of them write about what they can relate to or what many Readers can relate to.  They build a story so well written and so descriptive that the Reader is seeing the story in their head as if they are watching a movie.  They can literally make someone who usually learns by listening to feel like they are more of a visual person.  Jennifer Irwin is one of these Great Authors that can capture a Reader's interest from the very first page.  She lets us know where she got her motivation."

"I started writing "A Dress The Color Of The Sky" when I was going through a divorce and had a sense of failing at something important in my life. I wrote in the evenings while teaching Pilates full time and raising my three boys. Writing made me feel better!"

"Prudence Aldrich is a survivor. She has endured horrific childhood trauma, and as a result, views herself as a victim. Although Prudence is poorly behaved in various parts of the story, she is likable, and wants to do better.  As she peels the onion layers in rehab, we see a kind and resilient character who genuinely cares about the other people in rehab. Even though Prue has bad behavior, the reader roots for her because they understand the depth of what she has endured."

"The story is about a woman who has been married to an uncaring man for many years and lived on “love crumbs.” To fill the void in her heart, she seeks out sexual relations with other men. Her therapist advises her to check into rehab to deal with her dangerous behavior and face the demons of her past. Prue yearns to mend her relationship with Nick when she begins her five week stint at Serenity Hills. In rehab, she makes some startling discoveries about her past. With the help of her therapist and the others in her group, she sees the person behind the pain. Once Prue begins to heal, she realizes she may not want Nick back after all. This is a story about the resilience of the human spirit and how our past doesn’t have to define our future. Prudence represents many women and men who have endured childhood trauma and survived sexual assault. She is a voice for those who are facing the darkness head on and seeing the light on the other side."

"Yes, I’m thrilled to announce that I have submitted the first draft of the stand-alone sequel to Dress called, A Dress the Color of the Moon. The book should be released in the new year. This will be the second in a trilogy. In the sequel, the reader follows Prudence as she starts her new life after recovery. The characters from rehab are woven into the story as the group reconvenes for Gloria’s funeral. Gloria commits suicide while in rehab in my first novel. Prue also has to deal with her love interests, Nick, Alistair, and her therapist from rehab, Mike. There are some startling twists in the sequel in which I weave many of the characters from the first book into the second with far more back story about who they are and what motivates them. One thing I learned from visiting a lot of book clubs is that my readers want to know more about everyone and I'm giving them what they want!"

"They can find my book on Amazon, Indie Bound, Powells, Barnes & Noble (online), and Books-A-Million. The book is available in hardcover, paperback, and Ebook. I will be releasing the audio book in the new year."

"Jennifer Irwin was motivated to write this amazing book while she was going through a divorce because writing made her feel better.  There are so many emotions that people that are going through a divorce has to deal with.  She felt a sense of failing at something important in her life.  What really stands out about this Great Author is her ability to juggle so many things at once.  How can someone raise three boys, work full time, and still write with so much passion.  This book is 'movie worthy' because the story of Prudence Aldrich relates to so many in a time where Inspiration is needed the most.  Go to Amazon.com and buy "A Dress The Color Of The Sky."

Posted by Empowered-individuals.blogspot.com at 7:45 AM