Jude Haste "I Am Not A Victim! I'm A Warrior Who Fights On!" An Interview with Jude Haste by Jason E. Foss 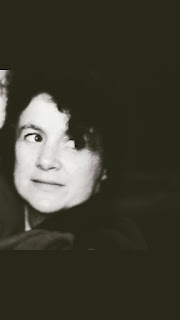 "Great Authors can make you visualize characters without any help from the Big Screen.  The Author's words introduce each character one by one and as you read along you can almost picture them perfectly.  The story gets told so well that you almost forget that there was someone behind it.  One person that put the story before themselves.  Jude Haste is one of these Great Authors and she lets us know where she gets her motivation from."

Jason:        "What motivated you to write "Loaded: Comic Mayhem On Board A London Bus?"

"I was motivated to write due to work stress.  It was a creative release very theraputic.  I was also inspired to write LOADED because it was set in London my birth place and I had been out of the UK for several years.

" LOADED is a simple tale of a worker's journey home but the comedy comes in the form of the obstacles she comes across.  We learn about the main character from how she responds to the challenges that cross her path.  When writing comedy the main character gets given a really hard time; even I felt sorry for her."

"I liked them all misfits in society that reflected how I felt at the time, in a culture that left me feeling isolated.

"I have written 8 novellas on amazon.  Some deal with work place bullying as I experienced it.

"My daughter has recently entered the work-force and was shocked about the bullying she observed.  She said when you start work you expect everyone to be professional and felt totally unequipped.  She said she hopes schools that already deal with bullying issues will also cover this one."


Jason:           "For those book lovers that want to buy your book where is the easiest place they can buy "Loaded: Comic Mayhem On Board A London Bus?"

"I am an indie author who publishes on amazon.  "LOADED" is free on kindle unlimited."

"I hope my novellas bring a smile to people's faces on what can at times feel like a dark and hopeless  night.  I would like to end this Interview with my motto,

'Treat others the way you want to be treated'."

"Jude was motivated to write due to work stress.  She writes about characters that are misfits in society.  Her book makes you laugh and she puts the story before herself making sure the reader is satisfied.  However she has a message imprinted in her books.  Her message is this.  'I am not a victim!  I'm a Warrior who fights on!'  She writes about workplace bullying.  She is a great Author that doesn't mind being the voice for those that are not ready to speak up.  In her new book she brilliantly makes the readers smile and laugh and enjoy the characters that are in this well written story.  So go to Amazon.com, search 'Jude Haste Loaded', and buy "Loaded: Comic Mayhem On Board A London Bus"

Posted by Empowered-individuals.blogspot.com at 4:36 PM