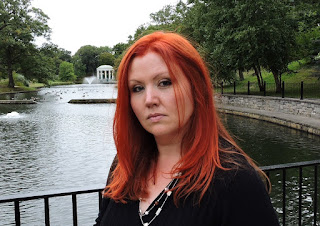 "There are so many qualities that can give you signs of a great Author.  It's more than just their writing skills.  It's sometimes more than the amount of Passion they have for writing.  Sometimes it's the ones that are writing with a Purpose that ends up being the reason they become or already are great!  One of these amazing Authors that we should really be on the lookout for is Monica Shepard.  Her youtube trailer already left a lasting impression of how much time she puts into her novel.  Any Author that goes the extra mile with amazing trailers and quality book covers and representation brings even more of their energy into the story itself.  Monica Shpard let us know where she got her motivation."

"A friend turned me on to contemporary / literary fiction by authors such as Wally Lamb and Khaled Hosseini. I’ve always loved the idea of the tragic hero who struggles with the force of his own fate; in this case, my protagonist finds himself in the position of the “bad guy”, and he only sees one way out of it. Additionally, the “bad guy” here is the source of the real-world opioid crisis that is presently ravaging society, much of which Big Pharma’s off-label marketing of opiates has cultivated. After witnessing the heartbreak and hardships that many friends and loved-ones have endured, it’s a social cause that I feel deserves more attention, and I try to spread awareness through regular Facebook updates. This is a culturally-pervasive issue which should not be stigmatized when the pharmaceutical industry has been such a huge part of the problem."

"Overlooking the fact that he’s a corporate-psychopath and kind of a jerk, that would have to be my main character, Eric Kowal. He can be uptight, overly-analytical and suspicious on a nearly-unhealthy level, but his hardened demeanor shields his redeeming qualities. His best friend Adam is a stark contrast: laid-back and possessing a more natural sense of humor. It was far more difficult for me to write Adam, but I like to think I pulled it off."

"It’s about a corrupt, unfaithful pharmaceutical-executive who’s out of touch with the realities of his illegal marketing schemes, but he becomes conflicted when the C.E.O. starts pressuring him to market fentanyl off-label. Through other characters, he will soon discover the effects of his fraudulent business-practices."

"Eric suffers from Essential Tremor, and the recent stresses renew his dormant seizures. Unwilling to draw his wife’s attention, he has no choice but to rely on Adam – the co-conspirator he’d only befriended for monetary gain, thereby forcing a closer bond between them and leaving his damaging secrets open to exposure. Consequently, Adam learns that Eric has rigged his own fate to keep from crossing a certain boundary. Amid his attempts to stop him, one final, terrible event will send Eric’s entire world crashing down around him."

"I’ve already started putting a “whistleblower” sequel together. On the side, I’m writing an article for a new holistic magazine describing how mindfulness helped me lose a substantial amount of weight."

"My hope is to publish traditionally, so once my editor reviews the manuscript (mid-January through late-February) and I make the necessary edits, I’ll begin seeking representation. In the meantime, the best way to stay updated is by visiting www.MonicaShepard.com and signing up for my mailing list.
Thank you for your interest in Higher You Build Them!"

"So Monica was motivated by a friend that turned her on to contemporary / literary fiction by Authors such as Wally Lamb and Khaled Hosseini.  She always loved the idea of the tragic hero who struggles with the force of his own fate.  Keep an eye out for Monica Shepard's debut novel.  A new and unique story that addresses the opioid crisis as she also sheds light that the pharmaceutical industry has been a huge part of the problem.  She has so many qualities that show the signs of a great Author.  Two of her many qualities is that she writes with Passion and she writes with a Purpose.  Click on the link above and visit www.MonicaShepard.com and sign up to her mailing list so you can stay informed when the exact date of her debut novel "Higher You Build Them" will be available."

Posted by Empowered-individuals.blogspot.com at 12:35 PM