C.A. Asbrey "The Innocents" An Interview with C.A. Asbrey by Jason E. Foss 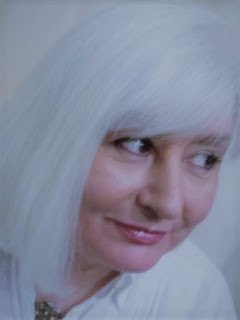 "There is greatness that occurs in all of us.  It starts with how much time you put into your craft.  Or your goal.  Or in your life in general.  The more you put in the more you get out.  Great Authors plenty of times do just that.  C.A. Asbrey has put so much time and effort and passion into her writing that her book  makes you feel like you are in a different era.  Detail after detail as each page is turned she enhances your imagination.  She lets us know where she got her motivation from."

"I joined the police in Scotland a long time ago. Our training sergeant was an engaging lady of great experience, full of tales, anecdotes, and quite an expert on the earliest women in our force. I loved her and was quickly fascinated by all her tales. It got me wondering more about the earliest women in law enforcement. I soon found myself reading more and more about these unsung pioneers. The USA and the UK both employed police women since the early twentieth century, but I wanted to go as far back as I could. I eventually found out that the Pinkerton Detective Agency in the USA was the first to employ women as fully-fledged professionals from 1856. The French did employ women in the Sûreté earlier than this, but they were mostly prostitutes used as honey traps, so I discounted those as professional detectives.
I was slightly shocked that I had never heard of these women, or the work they did, so I read everything I could about them. The first was Kate Warne, rumoured to be a former actress and a widow. Like the rest of the women in her department she was an expert at assuming roles and working undercover. The women were held in the highest esteem by Alan Pinkerton due to their excellent results. They were very successful, and even acted as an armed guard for Abraham Lincoln. The seeds for my heroine, Abigail MacKay, were sown."

"Questions and research threw up more and more things to investigate. In the only known picture of Kate Warne she is dressed as a man. Could all that long Victorian hair be concealed under a short wig? The internet answered that one. Cosplay and LARP gave me real-life examples of women with hair down to their bottoms who managed to get it under a short wig. One woman even explains how to pleat her long, thick hair and coil it flat under the cap before putting the short wig on. It absolutely IS possible.
But what about makeup? What disguises were available? The forensics are fascinating to dig into too. As well as having some training in the field, I’ve read multiple books on crime from the period as well as actual court transcripts, paying great attention to the methodologies used by the doctors determined to bring murders to book. Some of the details are compellingly gruesome, and it’s a good job I’m not in the least squeamish. I’m also lucky in that I can speak to people who work in the field and know their stuff too.
You name it, I researched, right down to what shades of clothes were available at that time, what stationary they used. How did they copy documents, what technology was invented and in use? What spy techniques did they use, how were these women trained?"

"Any woman doing such work in the 19th century would have been as determined and individual as any of the strong women I met in law enforcement in the 20th century. Possibly even more so, so I was determined to write Abigail as a forceful and intelligent, while keeping her as a woman of her time. Despite working as part of a team, no female police officer is ever a sidekick, or a lesser version, of her male counterpart, contrary to the picture painted in many books and movies. Nor is my detective. She is a fully-trained, skilled investigator and is nobody’s assistant, which is fully borne out in all the writings still available on the female Pinkertons. Just like the real female Pinkertons she goes in to work undercover on her own."

"I gave her a formidable opponent in a charismatic criminal who is every bit as clever as she is, and they both find their skill set dovetails perfectly to investigate a murder they both have a vested interest in solving. They are fascinated by one another, but any truce can only ever be fleeting. It’s not long before they are on opposite sides once again as ‘best enemies.’
Over the years the idea percolated, the notion of writing the books got put behind a life, family, career, and everything else that everyone lives through. During all that time I continued to research the period, place, social mores, and people until I was thoroughly marinated in the 19th century. A serious accident suddenly forced me to stop and take stock of my life. I changed my career, and I started writing during my lengthy convalescence. The first draft was terrible, but did seem to have a spark of something worth working on.
It took years before I finally finished The Innocents, and all my research fell into place. My next problem was to find a publisher. I was repeatedly told that “Westerns weren’t selling”. Except, it’s not a Western. It’s set everywhere the Pinkertons worked, and by the fourth book they’ve been coast to coast and even to Europe. It’s 19th century Americana and covers the whole of the USA. Abigail does the kind of work the Female agents did, and goes undercover to get information on crime and criminals on her own. One case is set in the West, and it had to be Wyoming as the territory, and later, the state, has no statute of limitations. That is pertinent to the overall arc of the stories."


Jason:            "Briefly Describe Abigail MacKay, and what characteristic of hers can you most relate to?"

"Abigail MacKay is an immigrant to the USA from Scotland. She is a determined individualist, stubborn and has a deep sense of justice. Her talents tend towards the scientific, and she is deeply logical. She is unusual for her time in that she doesn’t ‘dumb-down’ her intelligence to please men or to try to fit in. She is a young widow who meddled in the investigation into her father’s murder, until Alan Pinkerton decided it would be easier to control her if he employed her. The women’s department of The Pinkerton Agency really existed and started in 1856.
I can relate to her independent streak and her drive for justice for the less fortunate members of society. I always say that she’s cleverer than I am. She knows stuff I have to look up."

"In Wyoming, 1868, Pinkerton detective Abigail MacKay goes undercover to catch the infamous Nat Quinn. When Nat saves her life, and a new mystery unravels, the two must work together to stop a vicious murderer who targets women. She owes him, and nobody else is interested in the murder of two prostitutes who were his friends. His burglary skills and criminal contacts dovetail together with her forensic and detection expertise to solve a complex case involving secret identities, inheritance, illegitimacy, and brutal murder. Working together is risky for both of them. He could face 20 years, and she could be sacked and imprisoned if they are caught working together—and a murderer could continue to kill."

"Three books have been published in the Innocents Mystery Series. Each can be read as a standalone murder mystery. The series is linked by the will-they-won’t-they relationship between Nat and Abigail, as well as the murderous vendetta waged by Nat’s arch enemy. I’ve written book 4 and it’s resting before I go back and edit. I am about a third of the way through book 5. I plan to end the series at book 6. After that I’ve planned a murder mystery set in a gothic 19th century Edinburgh. The murder I actually solved in the present day as the consequences ring down the years."

"Free on Kindle Unlimited in the UK, most of Europe, South Africa, Australia, New Zealand, and Canada. Check your local Amazon page."

"C.A. Asbrey was motivated by her training sergeant.  She learned so much from her but she didn't stop there.  She researched the first women detectives and soaked up every bit of detail.  She got to know the time period.  Mix that with her ability to create a great story and watch the world of Abigail Mackay come alive as each page is turned.  Click on the Amazon link above and buy "The Innocents".

Posted by Empowered-individuals.blogspot.com at 8:11 PM