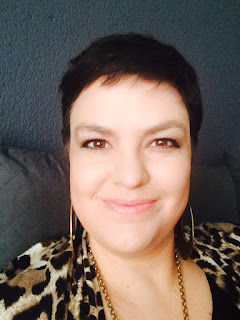 "Great Writers have a Passion for what they do.  They have this eagerness to create.  Once their ideas take form they have this unstoppable desire to finish it.  No matter how difficult the Journey, there is finally that day that they have that proud look on their face that proves that they made it to those accomplished two words.  The End.  Christina Van Deventeer is one of those great writers that made an amazing book and she was able to let us in on where she got her motivation."


"I've always wondered about the back-story to Santa Claus, the elves and
the North Pole. The idea for this book came into being as an alternative
History of the Christmas myth*, but as all books do, it evolved. I fell in
love with the idea that Christmas is not the same for everyone, least of
all for Santa Claus himself. I wondered especially about the perpetual
nature of being Santa Claus. Why would anyone choose to do this “job”
every year, forever and ever? And how did it all start?"
“I believe in Santa Claus."

Jason:                     "Describe what's going on between Chris and Sean and also for those that
want to read your well written book briefly describe "The Deermaster"."

"Everyone in Snow Falls agrees that Sean Stern was supposed to become the
first elven apprentice to the Deermaster. But instead, the Master chose
Chris Claussen, a human orphan who doesn’t seem to have half the magic or
knowledge Sean has. To make things worse, and to Sean’s great aggravation,
Chris Claussen has killed two reindeer since his appointment and he
doesn’t seem to be getting any better at flying the sleigh. So when Chris
knocks on the Sterns’ door in the middle of the night, Sean just knows
something is very, very wrong. But Chris isn’t there to ask for his help.
Instead it is Carol he asks for. Carol, who might just go to impossible
lengths to help the new Deermaster. Even if it endangers everyone in Snow
Falls. Even if it costs her her life."

"My favorite character would have to be Sean, because of his sense of
humor, even when facing great darkness. The character I most closely
associate with, however, is Carol, because of her giving nature, her love
of animals and her willingness to make great sacrifices in order to
protect her family. Carol is also a bit of a rebel, even if she won’t
admit it. I like to think I fit that description ☺"

"Yes. I currently have two works in progress. The first thereof is a quirky
NA rom-com about an unhappy high-school student-councilor and her
prom-queen-type student who falls pregnant in her senior year. Naturally,
chaos ensues. And plenty of laughs. This one is due in 2019.
The second is a YA fantasy novel about a girl who survives a dog attack,
only to learn that all of her memories of the attack are false. On her
journey to finding the truth about the night that changed her life, she
comes into contact with a mysterious group of people and a dark underworld
that she never knew existed. Somehow, it all leads back to her and to the
night she would rather remember. This one is tentatively set to see the
light end of 2019."

Jason:                     "Just from the book cover alone and how well you brought the characters
to life I could tell you put a lot of time and effort in this book. For
book lovers that would love to read "The DeerMaster" what is the easiest
way they can buy it?"

"The Deermaster is currently only available on Amazon, both as a Kindle
Ebook and in paperback format (see links). It is also free to read on
Kindle Unlimited."

For more info about me and/or my publications, please visit my website at
www.christinavandeventer.com

"The story of Santa Claus motivated Christina to write "The DeerMaster".  Christmas is a magical time of the year and the Story of Santa and the Reindeers flying to homes and giving gifts just in time is also something kids look forward to.  Christina took her curiosity and while people everywhere looked up at the sky for that magical red nose she looked beyond It.  While most kids ran to their gifts Christina's imagination followed Santa back to the SouthPole and gave us 'More'.  More details and more answers.  Book lovers that want to get an inside look at a detailed version of what happens before the sleigh takes flight go to Amazon and buy Christina Van Deventer's "The DeerMaster"."

Posted by Empowered-individuals.blogspot.com at 3:20 PM