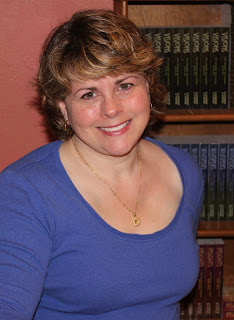 "Though there are many elements that make a great Author there is a word that is definitely up there on the list.  Passion.  When you have passion for something there is not much that is going to stand in your way.  Ideas will form in your mind on how to make whatever you have a passion for to become a reality.  Lauren Lynne is a great Author that writes with passion.  So much passion that for this one book she couldn't get rest unless she started it.  Lauren lets us know what motivated her."

"A nightmare began “The Recalcitrant Project.” I’m from Oregon and we were changing state testing in our school system. My son and my students were all worried about the new test since rumors were going around that everyone would fail since the new test was so different from the old one. In Elise Andrek’s world, your entire future is based on how you perform on the testing you do in school. This was the first book I ever got up in the middle of the night to begin."

"I think of Elise as being socially delayed and definitely an introvert. To balance that, she is incredibly smart. In the beginning, she has trouble relating to other students and very much prefers her world of zeros and ones otherwise known as binary or code. Elise has one friend and she gets taken away from her. Now with no one to talk to, Elise spirals into self-doubt and self-blame. I have very little in common with Elise. I am an introvert for sure, but that’s about all we have in common. The Elise character was originally based on the strength and sassiness of a good friend of my family’s."

"Elise Andrek is about to go through her final trials before graduation. She is one of the students that have been asked to do some programming on a game for the government which mimics real-life scenarios depicting the eradication of an unwanted element of the population the government deems unworthy, the underworlders. Working for the government is not unusual and helps to prove a student’s worth to the government, but she has become suspicious that she is being used instead. Her worst fears are confirmed when she realizes she is responsible for the success of the government's mass murder of most of her graduating class. In the midst of the tragedy, Elise uncovers a nationwide conspiracy that reveals her class is just the beginning. As a fugitive on the run, she is caught between an unforgiving regime and a rising faction of resistance known as the Recalcitrants. Things become even more complicated when Bren, the only boy she has ever been interested in, tries to rescue her, and she's not sure he can be trusted."

"I’m always working on another book of some kind. I am in the process of proofing the art for my first children’s book due out next year. I am working on early edits for a new novel in The Secret Watchers universe. I have five titles belonging to The Secret Watchers series which is young adult action, adventure, and suspense. The new book is a companion book and not part of the series. I also have a fantasy book and two middle grade books that are barely started. Perhaps most interesting to this audience, I am continuing Elise’s adventures in “Recalcitrant Uprising.”

"You can also get a copy of The Recalcitrant Project directly from Wyvern’s Peak:

"Lauren was motivated by the school system changing state testing.  She was worried that the change would be so significant that it would cause her son and her students to fail.  That sparked an idea that wouldn't allow her to sleep another minute.  We don't choose when a great idea comes our way all we can do is decide to answer it or let it pass.  Lauren not only answered it but her idea developed into a chapter and her passion wouldn't leave her until her book was complete.  Go to the link above and buy "The Recalcitrant Project."


Posted by Empowered-individuals.blogspot.com at 7:13 AM