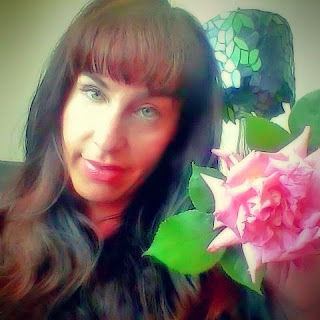 Great Writers have such a unique imagination that their words have the ability to open up a readers imagination page after page until the end.  I enjoy finding out what motivates some of these great writers to write so well.  One of these unique Authors Aviva Treger was more than willing to let us in on what motivated her to write her newest story "Wake Up To Yourself"."

"Set within the next fifty years, it's about a treatment for insomnia which induces pleasant dreams; however it does so in a healthcare system where medical staff are less humane. I wanted to create stark contrast between a gleaming futurist sci-fi world and the dark subconscious human mind. The story has a sharp twist at the end."

"I believe writers are born not made; some start late because they're procrastinators. Many were precocious readers as children - at nine years old, I was reading classic novels like 'Jane Eyre' and 'Wuthering Heights'. I began writing in order to pay homage to authors who've inspired me. This impact isn't limited just to books - I'm also obsessed by favourite artists, musicians and songwriters, many of whom have influenced my stories."

"My favourite genre style is magic realism. I'm interested in symbols and archetypes, dreams and visions. I want my reader to perceive other realities under the surface of my writing. My goal is to affect and haunt the reader. I also pay homage to my home town by setting all stories there. I was born in Hastings in East Sussex (UK) which is a place with significant history and atmosphere. I love the countryside around Hastings - its woods, glens and caves. The local landscape is a compelling presence in all my stories; a living breathing character in its own right."

"Finding ideas for fiction is the easiest part. However, a story concept needs to be actionable, and characters must have clear motivation or the story won't progress. So not all ideas can be dramatised, and some are just cliches lacking in originality. In my opinion, the best stories are the most deeply human ones and have the simplest, most truthful core. Some story ideas won't allow you to tell them, however hard you try; so it's best to keep an open mind regarding what you think you want to write about."

"In theory, anyone can write. In practice, the craft of writing can be learnt; but often writers possess an instinct, an intuition which can't be taught. Writing is an art form but not everyone has the sensibilities of an artist. Having said that, here  are my suggestions - read the kind of books you'd like to write but then re-read them to dissect how they've been constructed. Notice how obstacles, tension and motives make drama come alive. The best advice I can give new writers is to allow your imagination to surprise you. Writing can't be controlled. It can't be switched on or off. When you board the Writer's Train of Thought, you won't know where it's taking you. This is part of the process! And, apparently, part of the fun."

"Aviva has been reading classic novels since she was 9 years old.  That is great to hear that she is motivated to write to pay homage to Authors that inspired her.  She also shows a lot of love to her hometown in Hastings, East Sussex in the UK, which is where she sets the location for all of her stories.  Just like an Author's motivation to bring life to a great story is very important Aviva also let us know that the characters themselves must have a clear motivation in order for the story to Progress.  Readers that want to get a taste of Aviva's ability to take your imagination and take it even further go to her link and buy "The Corona Book Of Science Fiction and read her story "Wake Up To Yourself"."

Posted by Empowered-individuals.blogspot.com at 8:37 AM