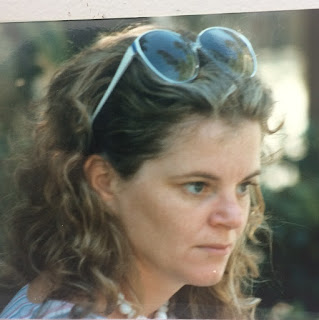 
"Everyone has a story to tell.  And as we live our lives we can find something new about us by reading a great book.  Sometimes we don't want to be found.  Sometimes we don't want to find anything new.  Instead we want to get lost.  Lost into a New world of almost unimaginable Adventures that take you further and further as each page is turned.  And when you look up from a great book you look around and could almost swear you were somewhere else.   L.M. Lacee is one of those Great Writers that can do just that.  She was happy to share with us what motivates her."

"When I was young, I was told a picture painted a thousand words. This was all very good if you can paint. I cannot so therefore writing my thousands of words became my picture. I loved 'fairy tales' when I was growing up especially any with animals that could talk. So, when I finally decided to put my words to use, out came Dragon’s Gap a wonderful world I invented with so many diverse characters and tales it kept me entertained. It was my own personal canvas and oils. It exploded from one or two books to be what it finally became a fun filled read of 10 books. With situations and characters that I just had to share. What more enjoyment could there be for me?"

L.M.                          "Sage Harris is a woman who is an improbability, a daughter of a witch and a wolf. Maybe the first ever to be produced from a mating between two such different people. She has an abundance of power with gifts bestowed on her from her parents. She has immense personal self-awareness and honor. She will fight injustice when she can and save all those from its tyranny."

"Her first love is for her mate, the Dragon Lord. Her second to children and family. Her third to her new home. She is the ultimate Dragon Lady."

"Dragon’s Gap is a sanctuary, hidden from the world by the will of the Dragon Lord until magic takes hold once more. It is a small town that quickly grows with an influx of new shifters. The town anchors the castle to earth until the veils they hide behind are lifted and dragons take their place, with all magical beings once more on earth."

"Olinda in book four is my favorite character because in the face of adversity she never gave up. Her quirky innocence remained, hidden at times but always there. She was forced to change when she learns about who and what she is but keeps true to herself. That is very admirable to me. I relate to all the characters in one form or another as each one, male and female are both a part of who I am or those close to me. Yes even the dastardly ones. Olinda reminds me of my growth in some ways."

"Yes. Two new series, To be released early 2019. The first of which is a three book series. This is another fantasy, adventure romance with shifter characters. The other is a Science Fiction adventure, six book series (currently completed and in the editing phase). Both are filled with thrills and adventure and typical to my writing style filled with an abundance of lovable characters with just the right amount of baddies."

"Honestly character driven. Happily I am one of those authors that have characters that tell me their story. Plots can be changed or altered. For example in my Dragon's Gap series, the final plot is... so not the one I had mentally mapped out. The characters drove the plot we have now, and thankfully the scope for expansion was there. Ten books in all with more to come in the future. All driven by the characters with tales to tell."

"The Dragon's Gap epic series is currently available on Amazon, both as a Kindle

Ebook and in paperback format. Most of the series is also free to read if you belong to Kindle Unlimited.

Love's Catalyst can be found FREE in the attached links."

"So L.M. Lacee was motivated when she was told "A picture painted a thousand words."  How amazing at a young age can someone reverse a saying like that and make her thousand words become the picture.  Whether you are in the mood to find yourself flipping the pages of a great Advantage that expand your imagination, or want to get lost in a great story so creative you feel you are actually inside the book, go to L.M. Lacee's link and buy Dragon's Gap."

Posted by Empowered-individuals.blogspot.com at 10:18 PM