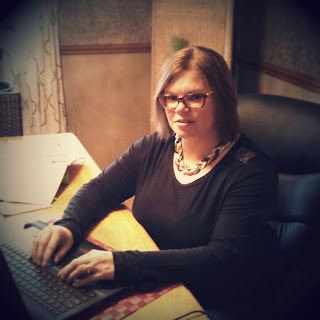 "There is almost nothing that can stop a great Author once they wrap their mind around a great idea.  Their great Idea.  Once they get locked in on that amazing main character it's only a matter of time before their imagination breathes life into an original book.  Some people will just talk about that idea to a friend and nothing will come to fruition.  A great Author will build a world around that main character and won't stop until the very last page is done.  Amy Caudill is one of these great Authors and she tells us where she gets her motivation."

"I first had the idea for the plot of Virtual: Can you be sure what's real? nearly a decade ago.  I have always loved science fiction and action stories, especially those containing strong, female characters, and decided I needed to create a character that I could relate to.  My vision for this character became Amanda Conner, who also goes by the avatar "Leslie Storm" when she goes into the Virtual world."


Jason:          "Briefly describe the character Amanda Connor and what characteristic of hers can you relate to most?"

"Amanda is much like me; in fact a lot of her characteristics are somewhat based on my own personality.  I, like Amanda, tend to be quiet and very often avoid confrontations.  The avatar that she creates allows her to let out a more assertive, more adventurous personality than she would typically show the world.  We both have similar "day jobs" too!"

"The plot of Virtual centers around Amanda, a typical overworked suburban working mother.  Her time is divided between caring for her family and a job that is comfortable but unfulfilling.  To spend a little quality time with her husband, Pete, and add a little fun into her life, she signs up to help beta test the new game he is helping create, called Virtual World.  Inside this game, as Leslie, Amanda can become anything, do anything she wants; which naturally is amazingly freeing for her.  Unfortunately, Pete becomes a victim in a plot that bleeds virtual action into reality, and Amanda must draw on Leslie's bravery to save him, and help stop a real-life villain."

I am currently, slowly, working on a sequel to Virtual, which doesn't have a title just yet.  The sequel picks up a few months after the events of the first book, when the company Pete works for is getting ready to go public with the now bug-free Virtual game.  Naturally, Amanda is back and highly involved in the action, both in real and "virtual" life.

"For those who would like to pick up a copy of "Virtual: Can you be sure what's real?" it is available as an e-book on Kindle and Kindle Unlimited at https://goo.gl/jphMpW."

"Amy Caudill was motivated to write "Virtual" by her love of science fiction and action stories nearly a decade ago.  Especially the stories with strong  female characters.  "Leslie Storm" definitely falls in the strong female character category.  This great Author has a lot of the same characteristics which makes Amanda Connor so believable throughout the book.  In reality there are many people that want to break up some of the monotonous and try something new and exciting in their lives.  This makes the character Amanda very relatable for the Reader as each page is turned.  Go to the link above and buy "Virtual" by Amy Caudill."


Posted by Empowered-individuals.blogspot.com at 6:04 AM