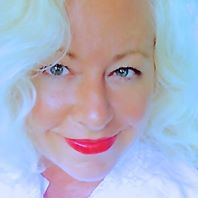 "Great Authors know when they have found that 'Idea'.  That 'Spark' of motivation that has touched them in such away that their mind won't let it go.  It's almost as if that 'Idea' was specifically meant for that Author to have.  Because great Authors can fill in the blanks.  They can create life into that 'Idea', 'Interaction', or that ''dream'.  That particular Author is the only one that can convert it into a story.  Their imagination mixed with their real life experiences will make one of the best books of their genre.  Bibiana Krall is one of those great Authors that can write a story the way it was meant to be told.  She let us know where she got her motivation."

"First of all, thank you for your interest Jason! Corvus Hall began as an odd experience I had in Ireland a few years ago. I was in the coastal town of Kilkee on the west coast in search of the place where Charlotte Bronte spent her honeymoon. I came across a little boy who was quite precocious, but he was also extremely odd. For almost two years after that trip I often pondered what everything meant? And why he was so adamant about our personal connection? I guess you could say it haunted me until I wrote it. I have bonus material in the back of the book explaining what happened and how it moved into written word. I knew I had to write it, but I was unsure of how to approach it, due to the nature of the story. I wondered if anyone would accept it at face value, but eventually my curiosity won out and I was compelled to talk about it."

Jason:           "Describe Mary and what characteristic of hers can you relate to the most?"

"Mary the main character is the kind of friend many of us might all wish to have. She’s loyal and hard working and doesn’t pretend, so you know where you stand and you can always count on her. She also has great taste in music! I love so many things about Mary, but the strongest aspect of her nature is that she suffers from anxiety and the minute she arrives feels like Ireland might not be a good place for her, but she gave her word to her friend Ashlinn to help with her wedding and it’s important… regardless of her own feelings to see things through."

"Corvus Hall is a novella written in vignettes, versus chapters. It’s a bit experimental in form, but it begins with a frightening event when Mary is a freshman in college. Fear takes hold of her and she can’t shake the phobias that attach themselves to her after this moment. It’s very suspenseful and dark, because the story itself is about fear, loss of loved ones and regret.  As I get older I am seeing more of this theme in my daily life and this discussion seems to resonate with people, especially over the holidays."

"Fast forward a few years later and Mary’s best friend Ashlinn has moved to Ireland and scored an incredible job and then the gorgeous fiancée follows close behind."

"Mary is thrilled for her friend and excited when she’s invited to travel to Ireland, not only to be part of this, but also to live permanently in Corvus Hall, a mansion that’s been in the McCarthy family since the 17thth Century."

"She leaps a bit before she looks and realizes almost immediately upon arriving, that she doesn’t fit in with these extremely wealthy people or in this massive, creepy house. The ghosts have been waiting to make contact and when they do… it unleashes a curse buried in the walls."

"Will Mary discover her connection to Corvus Hall before it’s too late?"

"Recent kudos for Corvus Hall, “Krall’s St. James brings to mind Willy Wonka’s Chocolate factory, and her writing has a touch of haunting and the unusual in the vein of Neil Gaiman."-Sparks, Amazon Reviewer"

"I am working on two projects; The Paradise Garden is a suspense thriller and book #2 in the Sophia Series. It’s (finally) almost ready! I am also tentatively etching out a second book to coincide with Corvus Hall to continue on with the story. That is merely in the planning stages, but I am hopeful there will be enough inspiration to keep it going. Thanks so much for having me as your guest!"


"Corvus Hall and thirteen additional titles are available worldwide on Amazon in paperback and.
https://t.co/egRzRBsCZZ

"Bibiana Krall was motivated by a real life experience she had in Ireland a few years ago.  She came across a little boy and she felt he was extremely odd.  After two years she still thought about her interaction with the boy and felt as if it haunted her until she wrote about it.  Some people ignore these kinds of memories and interactions that they have encountered in hope that it would some day just go away.  Some great Authors like Bibiana Krall not only embrace these kinds of experiences but they convert it from their mind into a book.  Detail after detail the Reader will get to experience the feelings that she felt.  Once you open the book you will be able to relive it in your own mind as Bibiana opens your imagination giving you her real life experience with added creativity until the very last page is turned.  Go to the link above and buy "Corvus Hall."

Posted by Empowered-individuals.blogspot.com at 7:47 PM