S.D. Mayes "Letters To The Pianist" An Interview with S.D. Mayes by Jason E. Foss 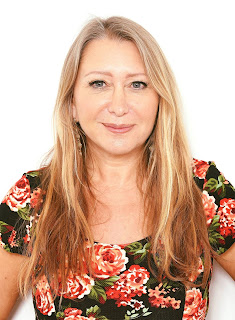 "Great Authors have many qualities but they have something that stands out about them.  This ability has to do with 'words' and 'ideas'.  If you read words in a text book or a manual for a television that's a classic example of how 'words are sometimes just something to be read'.  Same thing with ideas.  Someone has a great idea and that idea comes and goes.  A Great Author takes words and breathes life into each set of words until a brilliant story is born.  If they have an idea they will take that idea and build a world around it!  They will find characters and create a story from that idea and make a book out of it.  That idea will come alive every time their book is opened.  S.D. Mayes is one of these great Authors that can take words and ideas and bring them to life.  She let us know where she gets her motivation."

"I was inspired by an idea that flashed into my mind six years ago, about a Jewish man in WWII who ended up marrying into a family of Nazi sympathisers. I always thought that would be terrifying.  But it was only when I read some of my mother’s memoires after she died that I knew I should start writing this story. She described the bombing of her family home in the London blitz and how her parents were killed instantly, and that she and her siblings were parcelled out to relatives. That gave me a window into the devastation and atmosphere of WWII. Once I’d created the storyline and characters, I fell in love with the Goldberg family in the story and wanted to discover what happened to them."


Jason:         "Describe Ruth Goldberg and what characteristic of hers can you relate to the most?"

"In short for a visual image, Ruth Goldberg is a spotty and overweight teenager with long dark hair. Like many teenagers, she has no confidence in herself and thinks she’s ugly compared to her two younger more beautiful siblings. But she does have a rebellious and feisty streak in her character.  The character of Ruth was named after and inspired by my mother in terms of looks and personality, as my mother was certainly the black sheep of her family.  That feisty rebelliousness is something I have inherited and definitely relate to in Ruth’s character. But who wants to follow the status quo"

"It’s a complex story, so I shall have to add the blurb":

"In war torn London, 1941, fourteen-year-old Ruth Goldberg and her two younger siblings, Gabi and Hannah, survive the terrifying bombing of their family home. They believe their parents are dead, their bodies buried underneath the burnt remains – but unbeknownst to them, their father, Joe, survives and is taken to the hospital with amnesia."

"Four years on, Ruth stumbles across a newspaper photo of a celebrated pianist and is struck by the resemblance to her father. Desperate for evidence she sends him a letter, and as the pianist’s dormant memories emerge, his past unravels, revealing his true identity – as her beloved father, Joe. Ruth sets out to meet him, only to find herself plunged into an aristocratic world of sinister dark secrets."

"Can she help him escape and find a way to stay alive?"

"Yes, I’m working on a thriller called, ‘The Lodger’ which is about a single mother who takes in a house guest through Air bnb. She falls in love with him but he’s not what she thinks, and could destroy her entire life, and her sanity. (PS A Lodger is what we’d call a paying house guest in the UK.)"
Jason:              "For those that want to read your book where is the easiest place to buy "Letters To The Pianist"?"

"My book is sold through Waterstones, and Barnes and Noble etc, but the fastest way to get it is through Amazon."

"S.D. Mayes was motivated by an idea about a Jewish man in WWII who ended up marrying into a family of Nazi sympathizers.  Her main character Ruth was inspired by her mom in terms of her looks and personality.  This all sets up for an amazing story that S.D. Mayes brings to life.  With Ruth being a survivor for four years alongside her two younger siblings only to find out that her father may still be alive.  After being through so much Ruth decides not to just 'move on'.  Usually you hear stories of parents in a journey to save their child from harm.  S.D. Mayes brilliantly creates a story of a child with feist rebellously doing what she has to do to get her father back!  This book comes alive each time it's opened giving the Reader that feeling that some things in life are always worth fighting for.  Go to the link above and buy "Letters To The Pianist".