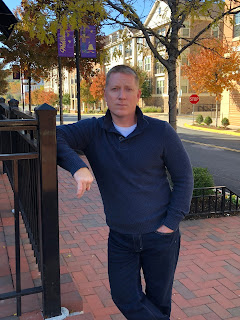 "What makes a Great Author?  These Authors with the ability to capture our imagination and take it to places where we thought was impossible to go.  What makes them Great is a combination of a lot of things.  One of these important things that make a Great Author is the 'Spark' that motivates them.  Could be a person, place, or thing.  Sometimes a simple idea.  James Stevens is one of these Great Authors and he lets us know where he got his motivation."

"My muse. Simple. My children were my inspiration for Fern Majestic and The Fall of a Dragon; I wrote the story for them. My youngest son was the spark plug. He came to me one day and asked a simple question, “Dad, how do you start a story?” I answered with the introductory paragraph of my book. He loved it so much that he begged me to continue writing. Once my other two children became involved, the rest is history. They’re the ones that pressured me into publishing the story. And if my book fails... I will blame them. LOL! With all that said, my father instilled the love of fantasy in me. From a young age, Lord of the Rings, by J.R.R. Tolkien, was my fantasy bible. I still own the copies that my father handed down."

"I have to admit that Fern is a mirror image of myself. Although unintentional, his characteristics and personality scream ‘James Stevens!’ He’s short tempered, though kind. He’s not the best looking guy around, but not a total slug. He wishes to do great things, though, stumbles along the way. And he treats his friends like family."

"A fantastic story of friendship! Fern Majestic is a loner and an outcast. Living in the small village of Burdensville, outside the kingdom of Loustof, Fern soon finds himself trapped in a web of conspiracy. Manipulated by a cunning king, he’s tossed into an adventure that will test his new found friendships, his world of Harth, and his life. Will Fern rise to this destiny, and who will he be when it arrives? Underlying themes of bravery, friendship, compassion, bullying, racism, redemption, and karma are scattered throughout this multifaceted story."


Jason:              "What is your favorite thing about Fantasy that draws you in to being a Fantasy Enthusiast and your love of Dragons?"


James:            "The escape from reality. There is no other genre that can transport the reader like scifi/fantasy can. And a dragon... what better creature is there?! None!! Lol! They’re massive horned beasts that fly and breathe fire. I can’t think of anything more awesome than that!"

"My book is everywhere online: Amazon, Walmart, Target, Barnes and Noble, Books-A-Million... just to name a few. I also have books on-shelf at Barnes and Noble in Fairfax VA, Leesburg VA Loudoun One, and Sacramento CA."

"So it was James Stevens children that motivated him to write such an Amazing book.  It is that spark of motivation that takes someone from writing a simple introductory paragraph, and gets them to keep writing all the way until "The End".  James lets us know his Father instilled the love of Fantasy in him.  Having "Lord Of The Rings" as your 'fantasy bible' at such a young age, you kind of get the idea, that person is going to take 'Fantasy' to the Next Level.  Chapter after Chapter the story of Fern Majestic takes your imagination on a Journey you don't want to end.  Go to Amazon.com or the other stores James mentions online and buy "Fern Majestic and the Fall of a Dragon"."